Why there is no longer any mandate for Brexit. 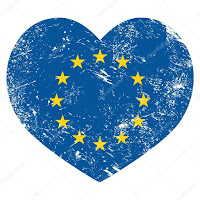 Much has been made of how a wafer-thin margin of 51.8% to 48.1% in a non-binding referendum is supposed to have


represented a “clear” (Theresa May) decision to leave the EU.

Today Britain Elects reveals that around twice as many people think that leaving the EU with no deal would be worse than leaving with some kind of deal, in addition there is now a majority, 53% in favour of a referendum to ratify whatever final deal Theresa May – or more likely her successor – come up with. 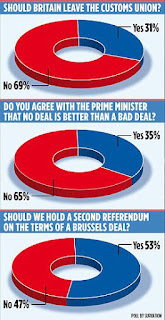 leaving the Customs Union a poll for the Mail on Sunday reveals that 69% of voters want to remain in this.

A few weeks ago the Prime Minister called an election on the basis that her, and her party’s popularity on Brexit in particular would result in them getting a landslide on June 8th. This failed to happen, and Jeremy Corbyn’s Soft Brexit Labour Party denied May an overall majority, reducing her number of seats in parliament. 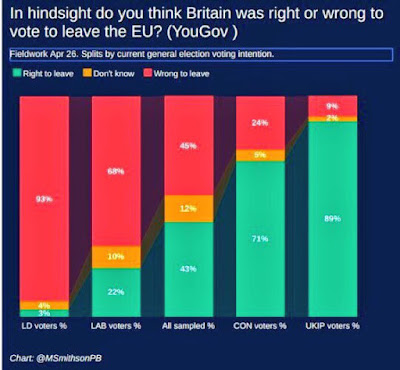 This comes on top if numerous polls which essentially say that people would like the ‘Have our cake and eat it’ impossible approach of the Fairy Godmother, AKA Boris Johnson. Meanwhile the latest opinion poll on the core issue of Remain/Leave puts Remain at 45%, Leave at 43% and gives a massive 12% to “Don’t Know”, a massive increase since June last year. This represents a classic case of a country changing its mind, with a huge 9% drop in the number of people who definitely support Leave since the referendum.

The recent survey that showed that 89% of the Uk population would like to have dual nationality also demonstrated that the support for Brexit is wafer-thin.

The one thing that is becoming abundantly clear is that there is no “clear mandate” for Brexit whatsoever. There is no agreement amongst the British people about what they would like Brexit to look like, no idea how to get there and no understanding of what it means in most cases anyway.

Putting all this data together it is abundantly clear that only a deluded fantasist can claim that there is a “clear mandate” for Brexit. At best there is chaos and confusion, at worst the British people are starting to follow the rest of the EU and turning decisively (if rather more slowly) against leaving. As we have witnessed in the General Election people can change their minds and do so over quite a short space of time: I have certainly changed my mind substantially on Corbyn. This is why either we need to cancel Brexit entirely or we need another vote on it, and soon before too much irreparable damage has been done to the country.
Posted by Natacha at 20:43 No comments:

All the way to the top, as political as it gets. 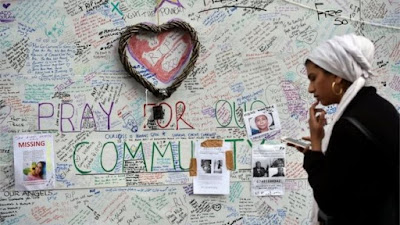 Capitalism has always been a conflict between profit and safety. Profit for the rich against safety for workers, customers, passengers, clients, pupils, inhabitants and neighbours. The history of capitalists putting profit before safety, or taking huge risks to make a fast buck is long and unworthy. The Titanic, Bhopal, Chittagong, the Torey Canyon, Fukushima, Deepwater Horizon, Thalidomide, Potters Bar…

In each of these, and many more, safety was compromised by the desire of the rich to make more money by exposing others to higher than necessary degrees of risk. Corners were cut, unnecessary risks were taken and lives were lost, unnecessarily. Not surprisingly those who stand to make money from having to spend less on safety want fewer health and safety rules, the costs of these come out of their profits, consequently they have campaigned long and hard to remove as many of these as they can. They manufactured the narrative about “red tape” as if to imply that the only reason for the existence of these laws was simply to keep bureaucrats in jobs. This is why campaigning against health and safety rules has been at the heart of Tory Party policy since the late 1970s. And when I say “at the heart”, it has been a fundamental, core objective which has never ceased to underpin Tory fundamental Tory ideology not merely as expressed through their policies but through their actions in government and through the output of their propaganda mouthpieces from the Sun and the Times to the BBC and the Mail. Removing rules and regulations has become so deep-seated in their ideology that confected phrases like “nanny-state” are commonplace in their narrative, such that these rationalisations are hidden behind a doxa of abstract justifications centred on a carefully crafted mythology.

The myth of the plucky, struggling entrepreneur up against imperious and overbearing bureaucrats is the side of the argument they like to present, and like any myth there is a grain of truth in it. (although these people are often lauded because of their willingness to 'take risks', yet what we increasingly see are those risks being offloaded from the entrepreneur onto others, from workers to consumers) However health and safety regulations mostly impact on large corporations and those who benefit from their withdrawal are largely insulated from the consequences of their failure or of deaths resulting from those failures. The self-employed electrician who puts someone in danger by cutting corners wiring a house will go to jail if he or she is found to be at fault and a fire is caused, whereas the shareholders of a large corporation responsible for negligence, whether direct or indirect, are protected from all but financial loss by being at arms length from direct responsibility.

Yet, at the same time, these people donate to, support and vote for the Conservative Party in large numbers, a party which seeks to reduce their overheads by removing, or watering down, health and safety legislation, and, of course it does not stop there. One of the first things the last Labour government did was introduce the Human Rights Act, which put the European Convention of Human Rights formally into British law. This act is now being targeted because, of course, being forced to concede human rights to employees, customers and the public is also an expense for big business.

In fact a huge part of the motivation behind the stupidity of the coming economic catastrophe that is Brexit is motivated by a desire, on the part of the Conservative Movement (and by "movement" I include all the big business that funds them and the far-right media that maintains them) to remove rules and regulations, in some instances mythical ones (like Boris Johnson’s bananas). Ultimately then the tragedy of Grenfell Tower was not merely that it was avoidable but that it was profoundly political in nature.

And by political, I do not just mean from the point of view of the incompetent and criminally negligent (allegedly) Kensington and Chelsea council, but political in the sense that the Tories, in all their guises; from MPs to the media to big business interests, have pushed the confected narrative of deregulation to the extent that we had a 24-storey building wrapped in highly flammable plastic and with no sprinkler system, and it looks like there may be many more like Grenfell.

Of course the Tories and their apologists on the right have been attempting to shut down criticism of this state of affairs since the disaster, claiming that people are “politicising” this disaster. Nothing could be further from the truth; this disaster was politicised by the Tories 40 years ago, and constantly ever since. For the last 40 years The Conservative Movement has campaigned against health and safety regulations, not merely explicitly in political debates but seeking to create a deep-rooted, partly tacit cultural environment in which health and safety legislation is regarded as always a problem. They used constant media reinforcement, in which the reduction in “red tape”, “The nanny state” or whatever euphemism they could concoct, for deregulation to became an unchallengeable, unquestioned and unquestionable Good Thing.

As Jonathan Friedland argued in the Guardian; the Tories’ ‘bonfire 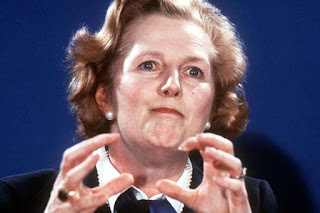 of regulations’ has been shown up for what it is. So make no mistake, this tragedy is about as political as it gets, the deaths of everyone in that tower were produced by the underlying, central, core ideology that the Conservative Movement has been pushing since the 1970s; this is not just about a few policies, a few individuals or a few incompetents but about a deep-seated (although probably ultimately astroturfed) political culture which created the environment for something like this to happen.

Which is why, over the next few days and weeks we will experience a subtle but determined media campaign to get the public to ‘Look over there!’ The media will try and distract us with celebrities, celebrities, sport and more celebrities. It will focus on any story it can to distract from Grenfell, and when it does talk about Grenfell it will seek scapegoats. Expect a whole heard of scapegoats to appear and disappear, expect the media to attempt to focus our attention on the individual, the detail, the microscopic, whatever, (including the conspiracy theories which are beginning to creep through, and faux righteous indignation about damage caused by rioters venting their anger) as long as it takes the focus away from the ideology they themselves have been pushing, as their prime, core dogma for the last four decades.

Ultimately the responsibility for creating this cultural milieu of a reduction in necessary health and safety regulation lies with those most responsible for creating and perpetuating it, those in the very highest leadership positions of power in the Conservative Movement. To that end the likes of Thatcher, Bojo,

Gove, May, Dacre and Murdoch are the ones most responsible for this tragedy. We can expect, and hope, that those responsible at a local level will be held accountable for this crime. Holding those more generally

responsible for it, at a higher level will be much harder, although in my opinion ultimate responsibility lies with those at the top of the Conservative Movement. We owe it to the victims of their selfish, harmful and dangerous ideology in Grenfell, to prevent those responsible right at the top, from getting away with it.