Opinion: The IPSO ruling that the Times' lies are "not inaccurate" is important for everyone.

The declaration, by IPSO, that a quote that was completely fabricated (as in made up from nothing) by the Times in relation to trans children, did not constitute inaccuracy, because it is a-bit-like-something-some-trans-activist-might-have-said, has a significance well beyond its relevance to the obsessive and hatemongering attacks on trans people by the Times.

The fact that IPSO has judged that a completely fabricated quotation in the Times did not breach Clause 1 of its Editor's Code (which is about accuracy) has shown that, as a society we have crossed a dangerous Rubicon. Lies are now officially the truth. In effect IPSO has given the go-ahead for any newspaper to make up pretty much anything with complete impunity.

Obviously this pretty much makes IPSO itself redundant. Ruling that a fabricated quotation is not an inaccuracy means that there really is no point whatsoever in complaining to them about anything to do with accuracy. IPSO is now just a fig leaf for an increasingly dishonest, right-wing and manipulative media. IPSO needs to be disbanded and an alternative form of regulation put in place, beyond the influence of the powerful media barons. The British media has clearly demonstrated that it cannot self-regulate and should not be allowed to again. The Press Complaints Commission failed effectively to regulate the media and IPSO, in a relatively short space of time, has demonstrated that it cannot either. 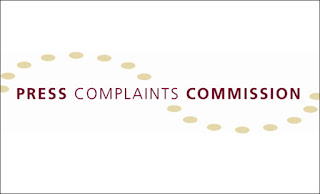 Just like the PCC, it seems that IPSO has become corrupt and shown that it exists only to serve the interests of the dishonest. One of the most basic elements of reporting the news as opposed to making it up, is getting quotations right. By fabricating this quote, which IPSO admitted the Times has done, the Times has breached the most fundamental basic rules of journalism, the fact that it has got away with it is what is of concern. Of course the Times may have got away with it in terms of not being censured by IPSO but it will rightly suffer from reduced credibility.

Any society which cannot distinguish between lies and the truth, where fake news becomes the norm, and there are few, if any sources that can be relied on to tell obtain the truth, is a society where democracy can no longer function. In her interview for TED journalist Christiane Amanpour argued that the way to combat fake news was to trust only the proper media outlets. That is now no longer the case, at least in the UK. 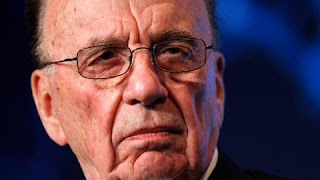 At a time when newspaper circulation is falling and when trust in the media is at an all-time low, for IPSO to make such a judgement is highly significant for everyone not just for trans people. Indeed it is chilling in its potential. Editors working on behalf of powerful rightwing billionaires can lie quite happily now in the knowledge that IPSO will give them a free hand.

Freedom of the press is crucial for a functioning democracy, that freedom is threatened by concentration of power in the hands of the billionaires who control it and direct its content for their own purposes. It is also threatened by lack of trust. The only way for that trust to be maintained is through a truly independent media regulator that rigorously upholds standards and is fully independent of the industry.

Anything less is the road to totalitarianism. 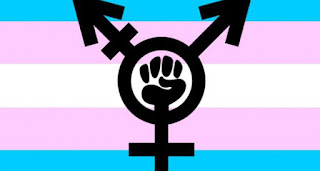 Finally; and on a different note, it is significant that the case against trans rights cannot be made without resorting to dishonesty and fabrication. But beyond that - as the Times has demonstrated - it also cannot be made without systematically excluding trans people from arguing against its transphobic ideology and without severe selection bias in terms of what it decides to include and exclude.

So one of the main take-aways is this: If the case against trans rights is so weak that it has to exclude counter arguments, carefully select its "facts" and when it can't do that, fabricate those "facts" it must be very weak indeed.
Posted by Natacha at 00:26 No comments: 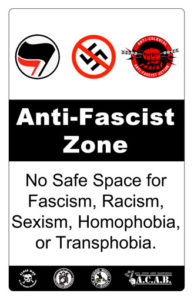 The suggestion, earlier this week, by one of Labour’s LGBT+ advisors Anthony Watson, should, in my view, not be completely dismissed out of hand. Yes there are obvious issues with it, ghettoising trans people’s lives will never be the solution, and ghettoising would also have the opposite effect of making all other areas become regarded as places where it is OK to attack trans people (and how to trans people get to so-called safe zones without going through an unsafe zone, and what if we can only afford to live in an ‘unsafe zone’). So the solution, as Watson envisages it, is probably a non-starter. However it needs to be regarded as a starting point from which we can move forward the discussion about transphobia in the UK.

However there are other related issues that need to be discussed 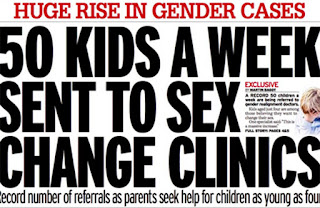 and, from one point of view Watson’s intervention should be seized on as an opportunity to discuss the current wave of hatred and violence directed at trans people, including trans children.

So, if I were going to advocate any safe zone for trans people that safe zone would be virtual, and include the mainstream media, which is responsible for whipping up the hatred currently directed at trans people. Without that, the Times, the Mail, the Express, Mumsnet, the Atlantic, the Sun and other extreme right-wing hate groups will continue to push their lies, misinformation and fabricated fears. The rise in hate-crimes against trans people is directly correlated with the rise in hate spread in these extremist media platforms. These media outlets have magnified the extreme hate put out there by the so-called “women’s concerns” groups, which range from outright, openly fascist hatemongering, to the more subtle ones claiming to be “socialists” who spread hate and fear under an increasingly thin veneer of “feminism”. 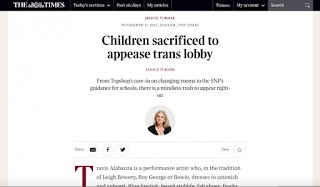 The effects of this media hate-propaganda and these faux-concern groups is clear to see, in the penultimate week of the school spring term three young trans people were attacked, one had his face slashed with a knife, one faced horrific abuse in a shopping centre and another had her head stamped on in an attack in school, an attack that could have been deadly if it hadn’t been stopped. Although they are rarely reported in the media, I am told that suicides of young trans people and trans children are currently running at a rate of around four a year. 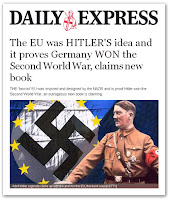 The spread of hate from these groups to the extreme right, aided and abetted by the national catastrophe – also media created – that is Brexit, are the main causes of the violence against trans people, and as such no ghettoisation is ever going to protect trans people from its effects. What trans people need is protection from media bullying. The school that excluded the child who stamped on a trans girl’s head was doubtless doing its best to create a safe space for her, yet school management, however hard they try, cannot easily exclude media hate and lies from infecting the minds of the children, often passed down to them from their parents.

So how do we protect trans people from this media-induced violence without threatening the right of free speech? There are a number of possibilities:

1) If we are going to create ‘safe zones’ then shops in those safe zones might not be allowed to sell copies of the worst-offending papers. The faux-concern groups might be banned from meeting there or distributing their hate propaganda there, as might extreme right-wing anti-trans groups. This is however, not a real solution, ghettoisation has never worked in the past so there is no real likelihood that it will ever work in the future.

An alternative to this, along the lines of CLASP, organised in Camden and Islington by Forum+ (Formerly Camden LGBT Forum) where businesses can be encouraged and staff trained, to publicise, and offer, safe spaces to LGBT people under attack might be a way of rolling-out safe spaces without ghettoization.

2) A statutory, and timely, right of reply for groups affected my misleading or dishonest hate-mongering, should be implemented, including dishonest and misleading coverage constructed by selective reporting. The problem with the media is that coverage of most media outlets, like the Times for example, systematically excludes dissenting voices to the extent that there is no opportunity for trans human rights campaigners to correct false information or misleading impressions given. This would address the main cause of media hate.

3) For businesses to stop advertising in these hate-rags, and for campaigns by trans people, through existing groups like Hope Not Hate, to target advertisers who help fund these hatemongering news outlets.

4) For the Equality Act to be extended to cover the activities of IPSO (well actually IPSO needs to be shut down and re-formed it is not fit for purpose) through Leveson 2, which would force them to take action to protect minority groups. 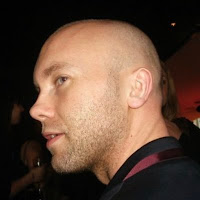 5) For media awards groups to stop giving awards to journalists who publish transphobic material, (and to rescind the ones they have awarded) and for other journalists, following the example of Patrick Strudwick, to call them out on their transphobia. Also journalists who attempt to adopt a “neutral” perspective and advocate “free speech/debate” as Kenan Malik and David Aaronovitch have done, to reconsider their positions and advocate for an end to the current effective censorship of trans people from most of the media, if they want to be taken seriously as journalists/commentators. 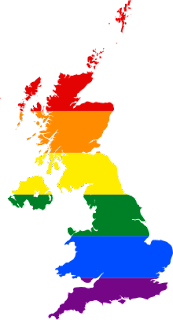 The key here is access to the media, something that is being systematically denied by corporate media. While ghetoisation might be a short-term stop-gap which would potentially draw attention to the media-induced violence against trans people, ultimately it is a non-starter. The core of the problem is the media, and any measures like ghettoization, that might distract from the main locus of the problem will, ultimately, just make it worse by giving the media something else to attack.

The safe zone for trans people should be the entire world. The only way to achieve that is to stop transphobic hate in the media.