Contrived Projection: Who is erasing who (and to what end)?

Opinion; Turner's article reveals the anti-trans endgame, and it is chilling. 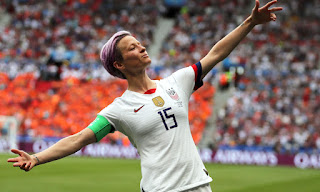 On the surface the main issue with Turner’s straightsplainer is that it employs Megan Rapinoe’s success as a world-cup winning footballer as a stick with which to beat trans people. She uses it to push the old anti-trans canard that trans people, simply by existing, are somehow “erasing lesbians”. Now, this is important and I will come back to this in a minute but firstly I would like to deal with the way Turner misrepresents Megan Rapinoe.

Megan Rapinoe has, multiple times, expressed explicit support for trans rights, including the rights of trans children and trans people in sport. Yet Turner ignored this and straightsplained her lesbian identity for use in regurgitating the old “erasure” argument. In doing so she is, in effect, erasing Megan Rapinoe’s support for trans rights; she is erasing the actions of a lesbian who explicitly supports trans people, and who is, in this way, representative of literally thousands of other cis lesbians. In claiming lesbian erasure she is erasing lesbians. 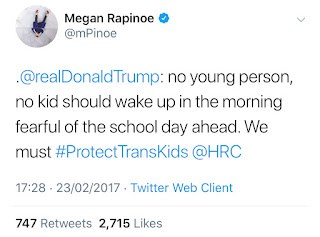 This is worthy of analysis for a number of reasons, firstly because it constitutes a prime example of what I call “Contrived Projection”. This is the established strategy in which anti-trans activists claim trans people and trans allies are doing to them what they are actually doing to us. So in using Megan Rapinoe to claim “lesbian erasure”, Turner is actually erasing the support for trans rights by Megan Rapinoe, and thousands of other lesbians like her. Her claim of lesbian erasure is being made through the erasure of trans-supporting lesbians like Megan. 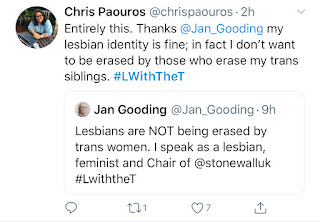 This is illustrative of the way the anti-trans campaign has waged its vicious but disguised war on trans rights; for example they have repeatedly claimed that their voices are being “silenced”. Yet the media, especially the right-wing media, publishes, on an almost daily basis, a stream of anti-trans material that reflects the transphobic arguments coming out of the “women’s concerns” transphobic groups. At the same time the media systematically excludes the voices of trans people trying to counter these arguments. In other words, by any objective measure the anti-trans groups and their friends in the (mostly right-wing) media have the unrestricted ability to get their message out there, while trans people are prevented from responding. Yet at the same time the accusation that trans people are “silencing” these groups is widely, and unironically, peddled in that very same media. 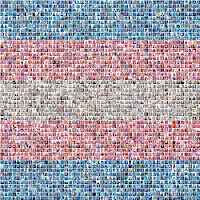 There are numerous examples of how Contrived Projection is used by the anti-trans community; presenting trans women as a ‘threat’, presenting trans children as a ‘threat’, claiming that they have “legitimate” concerns, etc while all the time actual attacks on trans people are increasing exponentially. So Turner’s article in the T*mes yesterday is valuable as it provides an illustration of this strategy. 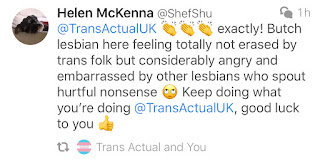 What is also significant from this article is how desperate it reads. In my reading of it it felt as though Turner was struggling to find something, anything to hang anti-trans sentiment on. This is also representative of much of the output of the anti-trans community. The common themes of which appear to be desperation and fanaticism, and consequently attempts to hang anti-trans activism onto pretty much anything, even when the opposite is true. Maybe this is a function of this overwhelmingly one-sided media coverage; they feel they can get away with anything, or maybe it reflects the fact that there are actually no genuinely good anti-trans arguments out there. 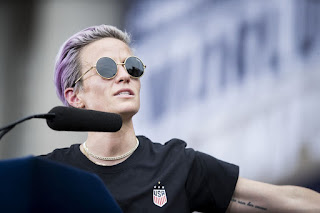 So to return to Turner’s central claim that trans people, by our very existence, are erasing lesbians (despite an increase of about 25% in numbers of women identifying as lesbian 2012 - 2017) this needs further examination.

Ultimately this claim implies that the only way that lesbians’ existence cannot be erased is by trans people; trans men, trans women and non-binary people, including trans children, ceasing to exist. The inference is that one group needs to stop existing in order to allow another group to be. In other words this claim is based on an exterminationist ideology, and one we have all heard before.

So the anti-trans activists literally want us to cease to exist in order – somehow – for lesbians not to be erased, even though more and more lesbians are coming out (and also supporting trans rights). Quite how we are supposed to be erasing lesbians by our existence, or how by ceasing to exist this fictitious erasure will cease, is never made clear. What is also unclear is how lesbians are simultaneously being erased and increasing in number. And increasing in number at the same time that trans people are also increasing in number. Indeed the actual data - data ignored by Turner - indicates that numbers of trans people and numbers of lesbians are increasing at the same time suggesting that trans liberation and lesbian liberation are actually complimentary.

What is also evident is that the media "concern" for lesbian rights extends only as far as it can be used to attack trans people. Neither Turner nor the T*mes have mentioned the systematic murder and violence towards lesbians in Chechnya.

However the Implications of the “lesbian erasure” argument are serious, and constitute a disguised exterminationist argument. It enables anti-trans activists to articulate their endgame – that of the eradication or extermination of all trans people – without having to explicitly state that this is what they ultimately want. This is something that needs to be articulated whenever the “lesbian erasure” argument is wheeled out. However it is done it is a disguised exterminationist argument, articulated using Contrived Projection towards their ultimately desired solution to the “problem” of trans people. The fact that this exterminationist ideology is being argued, in however well-disguised a manner, in national media, is an indicator of the direction of travel of the anti-trans community.

We have been here before… 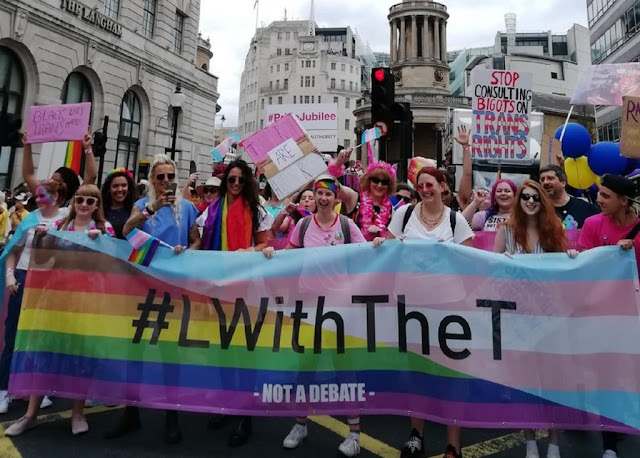